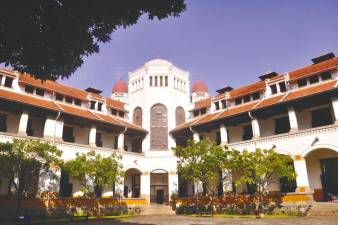 TOKYO: Japan is considering whether a state of emergency in the Tokyo metropolitan area needs to be extended to other regions as COVID-19 cases rise, a move that would heighten the risk of a double-dip recession for the world's third-largest economy.

Prime Minister Yoshihide Suga on Friday conceded the measures that took effect in the capital region on Friday might also be needed in other parts of the country as infections rose.

The government had up until now resisted calls from some experts for wider curbs beyond those planned for Tokyo due to the economic damage they would cause.

Analysts and officials warn the limited, one-month state of emergency targeting Tokyo and neighbouring prefectures could lead to a contraction in economic growth for the current quarter.

"There's no doubt it will affect January-March growth," Finance Minister Taro Aso told reporters on Friday, when asked about the economic impact of the state of emergency.

Kyoto, Osaka and Hyogo - the three major prefectures in western Japan - are expected to ask the government to consider issuing a state of emergency for their jurisdictions, Jiji reported.

"We'll work closely with the regions and respond as needed," Suga told reporters on Friday, when asked about the expected requests from the prefectures.

Many policymakers say the hit to growth will be smaller than last year's state of emergency, which hit retailers nationwide as well as manufacturers forced to temporarily halt production.

Robust overseas demand and the boost to growth from massive government stimulus will also offset some of the pain from the latest state of emergency, analysts say.

But prospects of a broader and longer state of emergency cloud the outlook for the economy, which is still just emerging from a record slump in April-June last year.

"Even if the state of emergency is lifted, Japan would have to balance the need to curb new infections in resuming economic activity," said Yoshiki Shinke, chief economist at Dai-ichi Life Research Institute, who expects the economy to contract an annualised 3.7% in the current quarter.

"The economy may resume positive growth in April-June but the pace of pick-up will be moderate," he said.

Capital Economics expects the lockdown measures to be extended by another month, and lead to a 1.5% quarter-on-quarter drop in consumption in January-March.

"The drop could be larger if more draconian restrictions are extended nationwide," said Capital Economics senior Japan economist Marcel Thieliant. "Even then though, consumption should hold up better than last year simply because it is still depressed."

Suga said the government will support the economy with reserves set aside under stimulus packages already rolled out, signalling that no additional packages are forthcoming.

But the government may come under pressure for stronger steps if the prolonged battle to contain the pandemic pushes Japan into another recession, some analysts say.

Japan, though less seriously hit by the pandemic than many places, has been unable to rein in the virus with recorded daily infections exceeding 7,000 for the first time on Thursday. In total, it has seen 267,000 cases and nearly 3,900 deaths. - Reuters